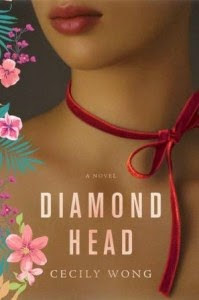 A sweeping debut, crossing from China to Hawaii, that follows three generations of a wealthy dynasty whose rise and decline is riddled with secrets and tragic love—from a young, powerful new voice in fiction

Frank Leong, a prominent shipping industrialist and head of the celebrated Leong family, brings his loved ones from China to Hawaii at the turn of the twentieth century, abandoning his interests at the port of Tsingtao when the Japanese invade. But something ancient follows the Leongs to the islands, haunting them—the parable of the red string of fate. According to Chinese legend, the red string binds one to her intended beloved, but also punishes for mistakes in love, twisting any misstep into a destructive knot that passes down through generations.

When Frank Leong is murdered on Oahu, his family is thrown into a perilous downward spiral. Left to rebuild in their patriarch’s shadow, the surviving Leongs attempt a new, ordinary life, vowing to bury their gilded past. Still, the island continues to whisper—fragmented pieces of truth and chatter—until a letter arrives two decades later, carrying a confession that shatters the family even further.

Now the Leongs’ survival rests with young Theresa, Frank’s only grandchild. Eighteen and pregnant, Theresa holds the answers to her family’s mysteries and is left to carry the burden of their mistakes. On the day of her father’s funeral, as the Leongs gather to mourn the loss of their firstborn son, Theresa must decide what stories to tell, with whom to side, and which knots will endure for another generation.

Told through the eyes of the Leongs’ secret-keeping daughters and wives—and spanning the Boxer Rebellion, Pearl Harbor, and 1960s Hawaii—Diamond Head is an exploration of whether there’s such a thing as a legacy of the heart. Passionate and devastating, it is a story filled with love, lies, loss, and—most astounding of all—hope.

I picked this one up because of the beautiful cover, and because the setting sounded like a vacation! I also thought the family drama, with the secrets to be revealed, sounded riveting. While I did enjoy the book, I have to admit, I found it hard to get involved with the story at the beginning. The story actually takes place over just a few days, shortly after the death of Bohai Leong. His mother, wife, and daughter are preparing for his funeral. As they prepare, memories are triggered for each, and gradually the past is revealed. This is not told in a lineaer fashion, but instead, is more like a conversation you would have at a family gathering, with different events triggering memories that are told by the person remembering.

One thing that made the story a little hard for me to follow was that Amy, the wife of Bohai, and Lin, his mother, in many ways were the same person. Both were girls from very poor families, ignored and mistreated by their fathers, who were ‘forced’ into marriage to a man with money. As they told their stories, I sometimes lost track of who was speaking.

There were times that Amy was not a very likeable person, and times I felt she was making some very bad choices, which made it hard for me to sympathize with her.  One character I really did enjoy was Hong, the sister-in-law of Lin Leong. She was a quiet presence in the story, but a source of strength for the family, and especially to Theresa, the daughter of Bohai and Amy. Ultimately I enjoyed the story, but I did feel there were issues left unresolved, particularly regarding Theresa.

This would make a good book club selection as you discuss topics ranging from the historical role of women in China, the role of money and love in relationships, and how choices affect destiny. There is a discussion guide available on the author’s website.  If you enjoy family drama with a backdrop of beautiful scenery, pick this one up!

Cecily Wong is Chinese-Hawaiian. She was born on Oahu and raised in Oregon. Diamond Head grew from family stories told to her by her parents and grandparents. Wong graduated from Barnard College, where the first pages of this novel won the Peter S. Prescott Prize for Prose Writing. She lives in New York City.
Find out more about Cecily at her website, and follow her on Facebook and Twitter.