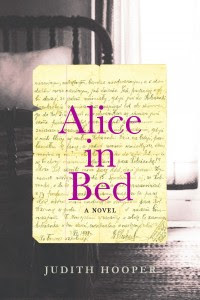 Alice In Bed
by Judith Hopper

Why I chose this book? The synopsis and title interested me
When I read this book? May 2016
Who should read this book? readers who late 19th century historical fiction
Source: TLC Book Tours
Here is a synopsis of Alice In Bed from Goodreads

Arm yourself against my dawn, which may at any moment cast you and Harry into obscurity, Alice James writes her brother William in 1891.

In Judith Hooper’s magnificent novel, zingers such as this fly back and forth between the endlessly articulate and letter-writing Jameses, all of whom are geniuses at gossiping.

And the James family did, in fact, know everyone intellectually important on both sides of the Atlantic, but by the time we meet her in 1889, Alice has been sidelined and is lying in bed in Leamington, England, after taking London by storm.

We don’t know what’s wrong with Alice. No one does, though her brothers have inventive theories, and the best of medical science offers no help. So, with Alice in bed, we travel to London and Paris, where the James children spent part of their unusual childhood. We sit with her around the James family’s dinner table, as she – the youngest and the only girl – listens to the intellectual elite of Boston, missing nothing.

The book is accompanied by Hooper’s Afterword,“What was Wrong with Alice?,” an analysis of the varied psychological ills of the James family and Alice’s own medical history.

The central character in this novel is Alice James, sister of author Henry James and psychologist William James. Alice is not physically a strong person, and things become progressively worse through the years until ultimately Alice ends up as an invalid in England, where she begins a diary. Through the diary we get to experience many of the events of Alice’s past and learn about Alice’s thoughts and philosophies; in other words we really get to know Alice. While physically weak, she has a strong mind. I can’t say I always liked Alice and I often disliked some of her choices, but as I came to know her I did learn to appreciate her.

One thing I really liked was reading about all the connections the James family had to other prominent members of society in this period, many of whom appeared in others books I’ve read recently. One example is brother William James, considered the ‘father of American Psychology’ and a Harvard professor who was the first president of the Amercan Society of Psychical Research. His successor played a prominent role in the investigations covered in The Witch of Lime Street.

Obviously with the main character being bedridden, there is not a lot of action in this book and at times it moves very slowly. If you are looking for an action story you will need to look elsewhere. But if you like introspection this is the book for you. I think this will make a fantastic selection for the right book clubs — those that are willing to read a slow-paced book and enjoy discussing the characters and what makes them tick. Sadly, I don’t think my book club would do well with this one, which is too bad, because I would love to discuss this one! There is so much to talk about including the possible sources of Alice’s condition and the role of women in society in the late 19th century. I’d love to talk about Alice’s father! Have you read this one? What would you like to discuss? 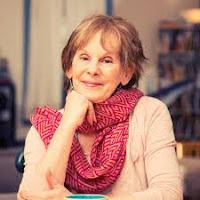 Judith Hooper was an editor at Omni magazine and is the author of Of Moths and Men and co-author of The Three-Pound Universe and Would the Buddha Wear a Walkman?: A Catalogue of Revolutionary Tools for Higher Consciousness. She lives in Amherst, Massachusetts.