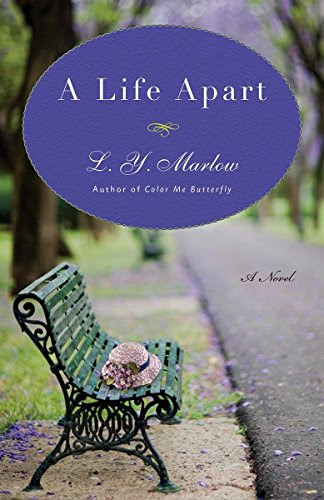 
Description: From the author of Color Me Butterfly, the poignant story of a decades-long love affair that creates complicated and unbreakable ties between two families that live worlds apart.


When Morris Sullivan joins the navy in 1940, his hopes are high. Though he leaves behind his new wife and their baby daughter, he is thrilled to be pursuing his lifelong dream—only to be shipped off to Pearl Harbor when the war begins. When he narrowly survives the 1941 attack, thanks to the courage of a black sailor he doesn't know, Morris is determined to seek out the man's family and express his gratitude and respect. On leave, he tracks down the man's sister in his very own hometown of Boston—and finds an immediate, undeniable connection with the nurturing yet fiercely independent Beatrice, who has left the stifling South of her upbringing for the more liberal, integrated north.


Though both try to deny their growing bond, their connection and understanding is everything missing from Morris's hasty marriage to his high school sweetheart Agnes, and from Beatrice's plodding life as she grieves the brother she has lost. At once a family epic, and a historical drama that takes readers from World War II through the Civil Rights era to the present day, A Life Apart brings readers along for the emotional journey as Morris and Beatrice's relationship is tested by time, family loyalties, racial tensions, death, unending guilt, and the profound effects of war.


I won this book through the Library Thing Early Reviewers program. I entered because I like historictal fiction, particularly from WWII, and of course, I like the cover. The story sounded good, too. I have to say I was a little surprised, but not disappointed, that WWII really played only a very small role in the story, as the book covered nearly 50 years!


This is very much a character driven story, centered around Morris Sullivan. The story takes a little time to develop as we are introduced to the main characters, but once everything is in place, the book is hard to put down! At the start, Morris is a young man living in Boston. In short order he graduates from high school, marries his pregnant girlfriend, Agnes, and joins the Navy. He is stationed at Pearl Harbor on the day the Japanese attack and his life is saved by a young black sailor from Mississippi, Robert. Home on leave, he feels pulled to pay his respects to Robert’s sister, Beatrice, and the attraction between them is immediate. They try to fight it, but eventually the give in.


There is quite a bit of history touched on in the book, from the bombing of Pearl Harbor, the the emerging Civil Rights era, and beyond. At the beginning, we learn just how segregated things were. The black sailors are housed separately from the white sailors, and interaction between the two races is frowned upon. Morris is even discouraged from contacting the black sailor who saved his life to express his thanks, which pretty much shocked me! And of course, a relationship between a white man and a black woman was socially taboo! I would have felt really sad for Morris and Beatrice had he not been married!


Morris was an interesting character. In the beginning I felt a bit bad for him, because I felt that he was ‘compelled’ to make some choices that didn’t really suit him. But as the story progressed, I got increasingly frustrated with him as he was a bit self-centered. As in, yes, I’m married and it is wrong, but I want to have Beatrice, too! It seemed his most frequently used phrase was ‘I never meant to hurt you’, as he made bad choice after bad choice.


I’d love to tell you more about this, but that would risk me including spoilers and you really should read this book for yourself! This will be a great choice for book clubs as there is so much to discuss! Discussions could include race relations, infidelity, secrets, and forgiveness, to list just a few!
My Rating:  ★★★★   4 Stars
at 3:00 AM