Today I am spotlighting Mrs. Lincoln’s Rival by Jenner Chiaverini 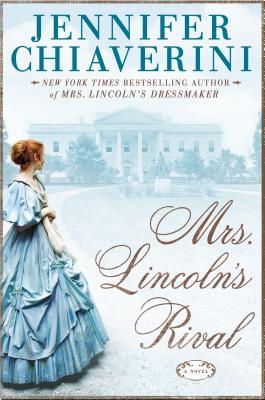 Opening Paragraph
On the occasion of President Lincoln’s first state dinner, carriages, carts, and hundreds of men on foot crowded the circular drive in front of the White House nearly all the way to Lafayette Square. Kate Chase studied the scene through the window of her father’s carriage, forgetting, for the moment, her misgivings that she was attending the event as a guest rather than playing hostess. The crush of people forced their horses to slow to a walk long before they reached the bronze statue of Thomas Jefferson in the center of the driveway, and the tall white columns of the front portico suddenly seemed to be an interminable distance away.

My Teaser
He had been denied the presidency and then the cabinet post that should have been his just reward for his loyalty to the Republican party, his service to the nation, and services to Mr. Lincoln in particular, and yet he did not sulk or lament. Instead he remained faithful to the Lord, devoted to his country, and dedicated to the noble cause of abolition.
page 110