Review: The Race For Paris 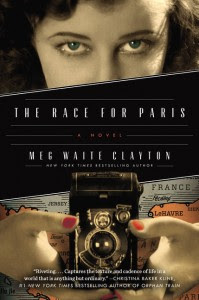 The Race For Paris
by Meg Waite Clayton

Why did you choose this book? the idea of women correspondents during WWII intrigued me
When did you read this book? August 2015
Who should read this book? readers of WWII era historical fiction
Source: TLC Book Tours
Here is a synopsis of The Race For Paris from Goodreads

The New York Times bestselling author of The Wednesday Sisters returns with a moving and powerfully dynamic World War II novel about two American journalists and an Englishman, who together race the Allies to Occupied Paris for the scoop of their lives

Normandy, 1944. To cover the fighting in France, Jane, a reporter for the Nashville Banner, and Liv, an Associated Press photographer, have already had to endure enormous danger and frustrating obstacles—including strict military regulations limiting what women correspondents can do. Even so, Liv wants more.

Encouraged by her husband, the editor of a New York newspaper, she’s determined to be the first photographer to reach Paris with the Allies, and capture its freedom from the Nazis.

However, her Commanding Officer has other ideas about the role of women in the press corps. To fulfill her ambitions, Liv must go AWOL. She persuades Jane to join her, and the two women find a guardian angel in Fletcher, a British military photographer who reluctantly agrees to escort them. As they race for Paris across the perilous French countryside, Liv, Jane, and Fletcher forge an indelible emotional bond that will transform them and reverberate long after the war is over.

Based on daring, real-life female reporters on the front lines of history like Margaret Bourke-White, Lee Miller, and Martha Gellhorn—and with cameos by other famous faces of the time—The Race for Paris is an absorbing, atmospheric saga full of drama, adventure, and passion. Combining riveting storytelling with expert literary craftsmanship and thorough research, Meg Waite Clayton crafts a compelling, resonant read.

Though I didn’t pick this one up for the cover, I do love the cover with those eyes peeking out over the vintage camera!

I picked this book up because it is WWII fiction about women in unusual roles (for that era.) This one did not disappoint. The writing is beautifully descriptive, even when the descriptions are not of beautiful situations. If you’ve ever wondered what it must have felt like to be hunkered in a foxhole with bullets whizzing overhead, this novel will let you feel that and more. I can’t say I enjoyed every moment of the book, because there were some sad and disturbing events that took place. However, this story was set during war times and these events felt real.

One thing I really appreciated about the novel is that each chapter began with a quote from a real journalist who covered the war. It not only introduced the events of the chapter but gave a feeling of authenticity to the book. The quotes let me know that these events and feelings were not all in the imagination of the author. I am amazed at what these women were willing to endure to get their stories!

I stumbled across this interview with Meg before I read the book and am so glad I did. It gave me a little background on the real women correspondents of WWII. I encourage you to listen to it here.

You will also want to visit Meg’s webpage for some background information about these women. I am so glad she took the time to bring them to life! 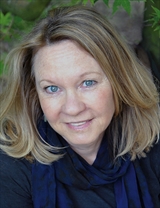 Meg Waite Clayton is the New York Times bestselling author of four previous novels: The Four Ms. Bradwells; The Wednesday Sisters; The Language of Light, a finalist for the Bellwether Prize; and The Wednesday Daughters. She’s written for the Los Angeles Times, the New York Times, the Washington Post, the San Jose Mercury News, Forbes, Writer’s Digest, Runner’s World, and public radio. A graduate of the University of Michigan Law School, she lives in Palo Alto, California.


This book review is included in a tour by TLC Book Tours. I was provided a copy for review purposes.