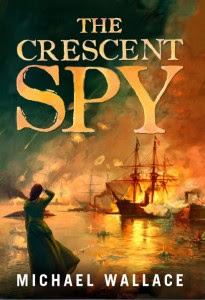 The Crescent Spy
by Michael Wallacei

Writing under a man’s name, Josephine Breaux is the finest reporter at Washington’s Morning Clarion. Using her wit and charm, she never fails to get the scoop on the latest Union and Confederate activities. But when a rival paper reveals her true identity, accusations of treason fly. Despite her claims of loyalty to the Union, she is arrested as a spy and traitor.

To Josephine’s surprise, she’s whisked away to the White House, where she learns that President Lincoln himself wishes to use her cunning and skill for a secret mission in New Orleans that could hasten the end of the war. For Josephine, though, this mission threatens to open old wounds and expose dangerous secrets. In the middle of the most violent conflict the country has ever seen, can one woman overcome the treacherous secrets of her past in order to secure her nation’s future?

If you read my blog often, you know how much I like Civil War era fiction and especially how I like reading about the women of the Civil War. This one has a little bit of everything — Civil War, a strong woman, adventure, a history lesson, and even a bit of romance!

I’ve read a lot of historical fiction about the Civil War, but almost all has been set in the east; Virginia, Maryland, etc. I think this is the first time I’ve ever read about the fall of New Orleans. I found the details of the river battles fascinating and I enjoyed reading about the military strategies. I found the concept of the fire boats launched ablaze to set the enemy vessels on fire particularly interesting.

Overall I really enjoyed this book and the characters. Josephine was a strong lead character for the most part, but she did have weaknesses and at times that endangered the people around her. She had a background that gave dimension to her character. If there is one thing I didn’t like, and you’ve heard this from me before, is that I would like to know ‘what happens next’. I would have liked an epilogue set at some time in the future, after the war, to know what became of Josephine and the people in her life. There are hints of potential, but I am left to my imagination to end this story.

If, like me, you are interested in learning more about the fall of New Orleans after you finish this book, you may be interested in the following links.

And if you would like to WIN a copy of The Crescent Spy, you are in luck! I have one copy to giveaway. Just click the link below to fill out the entry form. Winners will be picked November 19, 2015. 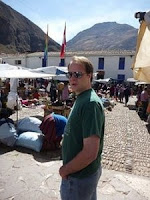 Michael Wallace was born in California and raised in a small religious community in Utah, eventually heading east to live in Rhode Island and Vermont. In addition to working as a literary agent and innkeeper, he has been a software engineer for a Department of Defense contractor programming simulators for nuclear submarines. He is the author of more than twenty novels, including the Wall Street Journal bestselling Righteous series, set in a polygamist enclave in the desert.

Email ThisBlogThis!Share to TwitterShare to FacebookShare to Pinterest
Labels: give away, Michael Wallace, review, The Crescent Spy