Review: I Shall Be Near To You 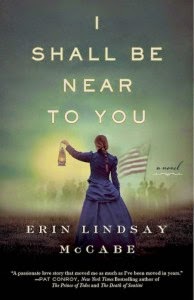 I Shall Be Near To You
by Erin Lindsay McCabe

In I SHALL BE NEAR TO YOU, McCabe introduces us to newlywed Rosetta Wakefield. More accustomed to working as her father’s farmhand and happiest doing what others might call “man’s work,” Rosetta struggles with how to be a good wife to her childhood beau and new husband, Jeremiah. When Jeremiah leaves home to join the Union army, Rosetta finds the only way she can honor Jeremiah is to be with her husband—no matter what..

Cutting off her hair and donning men’s clothing, Rosetta enlists in the army as Private Ross Stone so that she might stand beside her husband. Joining, however, is the easy part, and now Rosetta must not only live and train with her male counterparts as they prepare for imminent battle, but she must also deal with Jeremiah, who is struggling with his “fighting” wife’s presence, not to mention the constant threat of discovery..

In brilliant detail, inspired by the letters of the real Rosetta Wakeman, McCabe offers a riveting look at the day-to-day lives of these secret women fighters as they defied conventions and made their personal contributions to history. Both a tender love story and a hard look at war, I SHALL BE NEAR TO YOU offers a unique exploration of marriage, societal expectations, and the role of women in the Civil War through the lens of a beautifully written novel.

Wow! I’m not even sure I can adequately review this book! It is hard to describe how I felt as I read it; that it was moving too slowly and yet very quickly. Rosetta Wakefield is a newlywed when her husband, Jeremiah, and the local boys enlist in the Union army to fight in the Civil War. Rosetta, being the independent, obstinate, unconventional woman she is, transforms herself into Private Ross Stone and follows them into battle. This is the bloody Civil War where death is everywhere, and I only wanted to know that Rosetta and Jeremiah made it home safely. So there were times I found myself racing through the book, just so I could get to the end. It was those times I had to consciously slow myself down to enjoy the details that were so important to the story!

One thing I particularly liked in the book was the relationship between Rosetta/Ross and Will, a young soldier with a secret of his own. I also liked the realism of the battle experience from the soldier’s point of view. I’ve read a lot of Civil War era fiction, and it seems that most either take a very romanticized view of the era, glossing over the nitty gritty horrors of the war, or else the story concentrate on the blood and gore in a very dry way, without much in the way of character development. This story is unique in that there was both romance and love in the story, as well as blood and gore, but the blood and gore was told with feeling, from the soldier’s point of view. We were really able to get into Rosetta’s head and understand her fears and determination. This story really brought home to me the sacrifice and loss that the country endured during the Civil War, when a group of half dozen men from a small town could head off to war, and chances were pretty good that if one or two DID manage to survive, they came back damaged. I recently learned I have ancestors who fought in the Civil War, and have never given much thought to what they experienced as Union soldiers, but now I wonder about it and whether they came back whole.

If you read my blog regularly you know I appreciate an epilogue. It certainly is true in this case that I would like to know what is going on with the characters a few years down the road, but I really don’t miss not having an epilogue. I’ve already written a happy epilogue in my own mind and anything else could leave me disappointed.

The details in the book make it obvious that the author spent considerable time researching the subject. To see some of what she found in her research, visit her Pinterest page. You can also find a series of articles about women serving as soldiers in the Civil War from Prologue Magazine at the National Archives website. You can also learn about Sarah Emma Edmonds, another woman who fought as a soldier in the Civil War and listen to a podcast at Stuff You Missed In History Class. 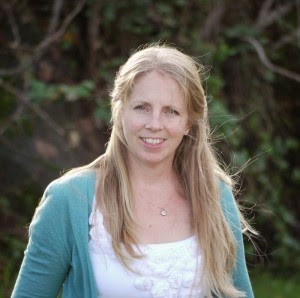 Erin studied literature and history at University of California, Santa Cruz, earned a teaching credential at California State University, Chico, and taught high school English for seven years. Since completing her MFA in Creative Writing at St. Mary’s College of California in 2010, Erin has taught Composition at St. Mary’s College and Butte College. A California native, Erin lives in the Sierra Foothills with her husband, son, and a small menagerie that includes one dog, four cats, two horses, numerous chickens, and three goats.

This book review is included in a tour by TLC Book Tours. I was provided a copy for review purposes and have written an honest review which appears above.

Email ThisBlogThis!Share to TwitterShare to FacebookShare to Pinterest
Labels: book tour, civil war, Erin Lindsay McCabe, I Shall Be Near To You, review, TLC Book Tour