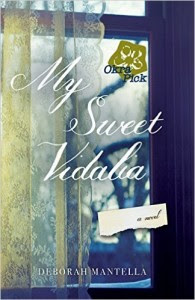 My Sweet Vidalia
by Deborah Mantella

On July 4, 1955, in rural Georgia, an act of violence threatens the life of Vidalia Lee Kandal's pre-born daughter. Despite the direst of circumstances, the spirit of the lost child refuses to leave her ill-equipped young mother's side.

For as long as she is needed―through troubled pregnancies, through poverty, through spousal abuse and agonizing betrayals―Cieli Mae, the determined spirit child, narrates their journey. Serving as a safe place and sounding board for Vidalia's innermost thoughts and confusions, lending a strength to her momma's emerging voice, Cieli Mae provides her own special brand of comfort and encouragement, all the while honoring the restrictions imposed by her otherworldly status.

Vidalia finds further support in such unlikely townsfolk and relations as Doc Feldman, Gamma Gert and her Wild Women of God, and, most particularly, in Ruby Pearl Banks, the kind, courageous church lady, who has suffered her own share of heartache in their small Southern town of yesteryear's prejudices and presumptions.

My Sweet Vidalia is wise and witty, outstanding for its use of vibrant, poetic language and understated Southern dialect, as well as Mantella's clear-eyed observations of race relations as human relations, a cast of unforgettable characters, an in-depth exploration of the ties that bind, and its creative perspective. My Sweet Vidalia is a rare, wonderful, and complex look at hope, strength, the unparalleled power of unconditional love, and a young mother's refusal to give up.

I picked this one up because the idea of a story set in the south in the 1950s interested me. I wasn’t sure about the ‘spirit child’ thing, but it was interesting to me, because I’d just finished a nonfiction book about Spirituality and the belief that people could communicate with the dead loved ones. The story wasn’t quite what I expected from the synopsis in that a major portion of the story centered on the spousal abuse suffered by the main character, Vidalia Lee Kandall.  Vidalia became pregnant and was forced to marry shortly before she was to have graduated from high school. Her husband, JB Jackson, did not want the baby and decided that best way to handle things was to beat Vidalia until the baby could not survive. This was a little tough for me to read, and I was getting quite annoyed with Vidalia when this abuse became a pattern and she continued to excuse his bad behaviour. I was even more annoyed with her mother-in-law, Gamma Gert, who not only did nothing to stop the abuse of Vidalia at the hands of her son, but also allowed him to treat her with enormous disrespect — when all the time he laid around doing nothing but drinking and allowed his mommy to support him and his family. I almost gave up on the book after about 100 pages.

It did get better after that when Vidalia began to make a plan to protect her children. In addition, there were some likeable characters, notably, Doctor Feldman, the local physician who seemed to want to help Vidalia out of the cycle of abuse, but didn’t really have that option, and Ruby Pearl Ball, the next door neighbor who suffered tragedy and abuse simply because she was black. She also did what she could to help Vidalia and her children. There was also a twist to the story, revealed near the end, but I’d guessed the twist early on in the book.

Overall, this was not a book I enjoyed, even though it got better as I read further. However, most readers liked this book very much. If you enjoy southern fiction, please read through other reviews on the tour before making up your mind to pass this one by. This might be a book you are looking for! 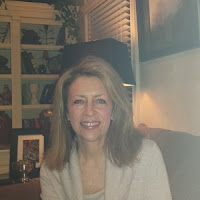 A transplant to the South, Deborah Mantella has lived and taught in various cities in the Northeast and the Midwest. Now a resident of Georgia she lives outside Atlanta with her husband. Mantella is a member of the Atlanta Writers Club, the Authors Guild, and the Society of Children’s Book Writers and Illustrators. This is her first novel.